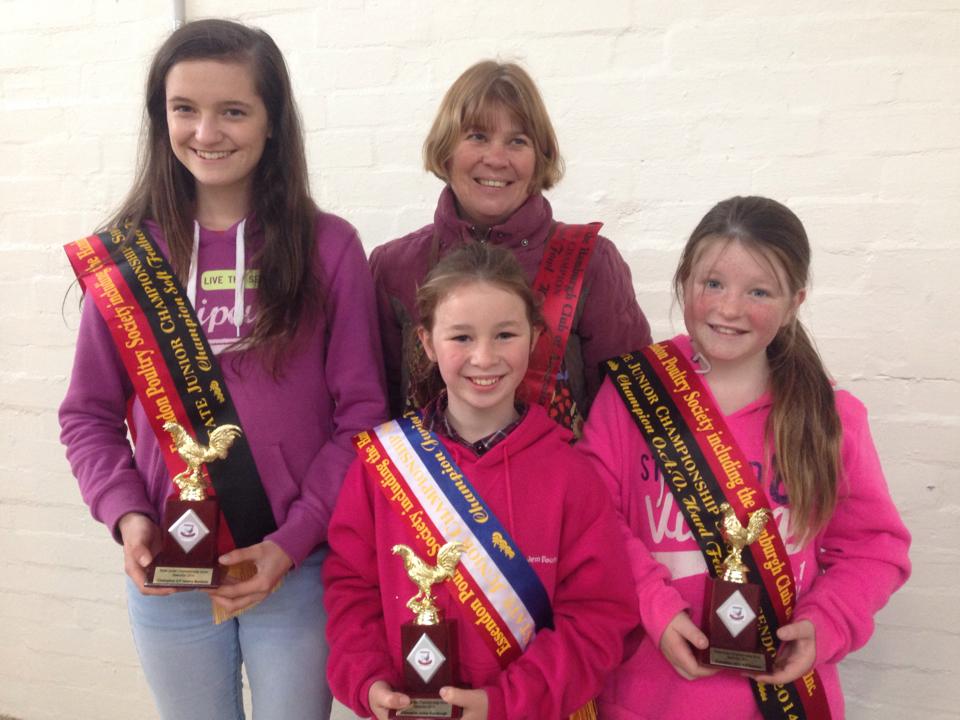 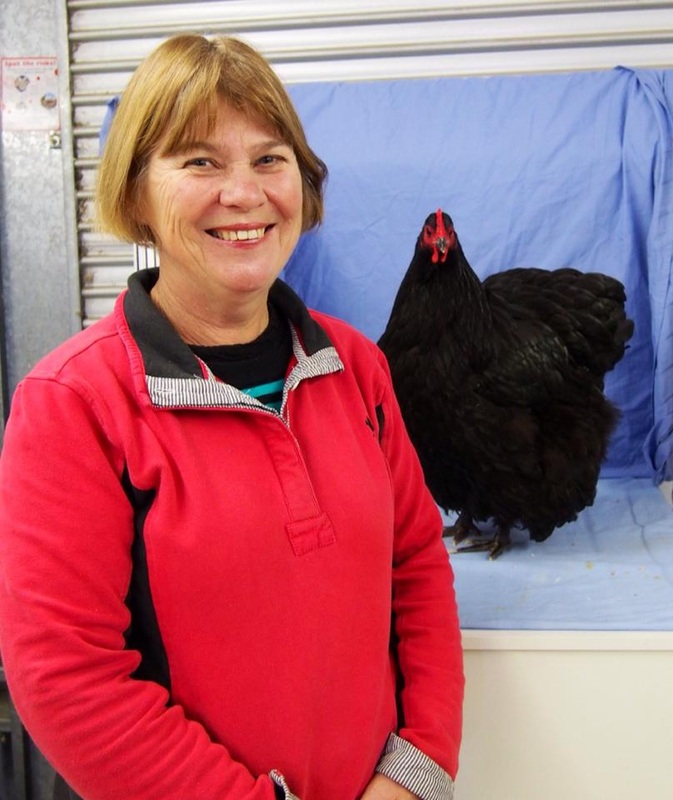 Sonya is the current Vice President of the club. 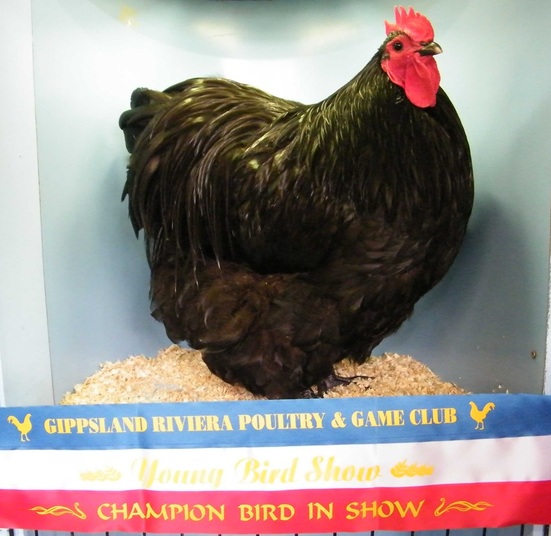 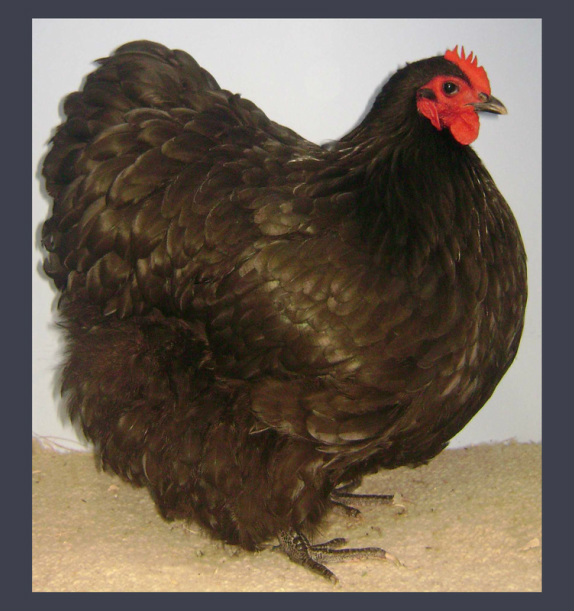 She was champion at Warrugal Poultry Show in 2009.

She then went on to the Victorian Rare Breeds Show to get Champion Bird of Show in 2009. 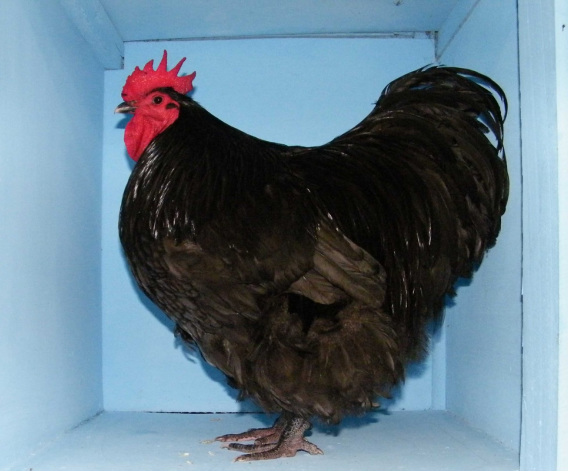 He was a very late chicken (hatched in late December 2010) and Sonya says he grew and grew into a lovely bird.

Photo taken at the club's Bird Day on 4 September 2011. This flash photo unfortunately does not do justice to his gorgeous blue colour (Vicki J). 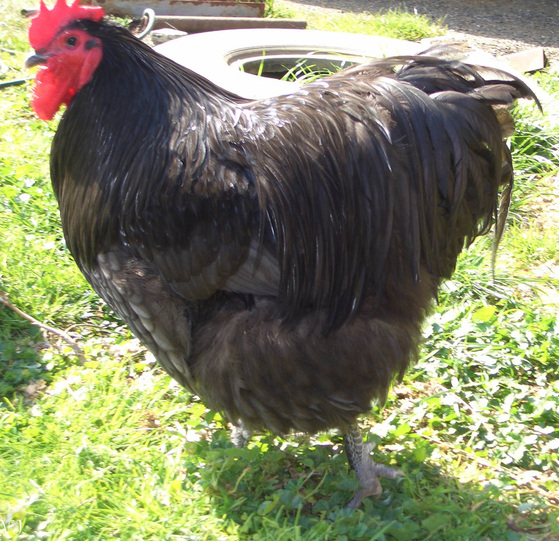 This blue rooster was the foundation bird of Sonya's show stock.  She bought him from Jayne and Dennis Stannard NSW.

He was a lovely bird who won at most of the shows he went to, including many Champion Heavy and a couple of Champion Bird of Shows.  His progeny were Champion Blue at the National Orpington Shows 2010 and 2011. 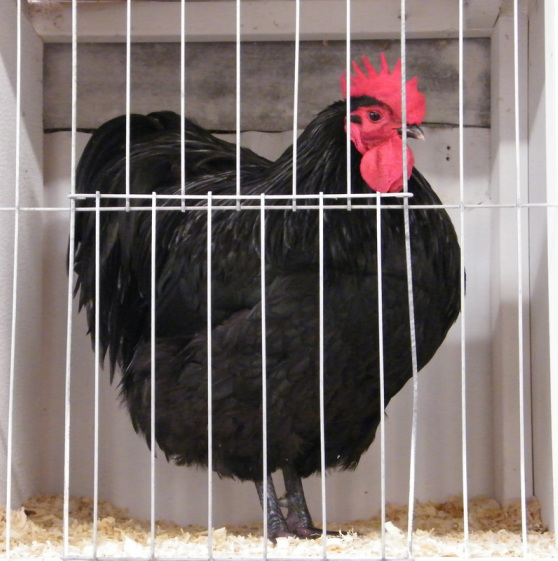 This magnificent fellow was bred by Sonya.  History to come. 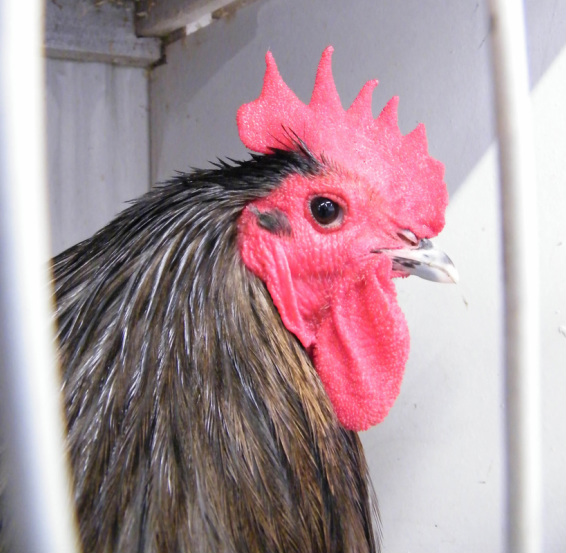 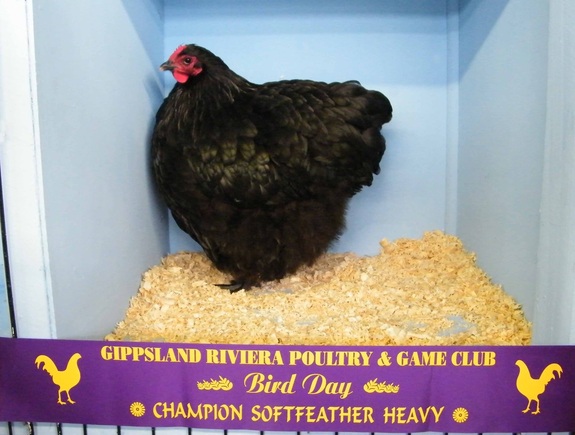 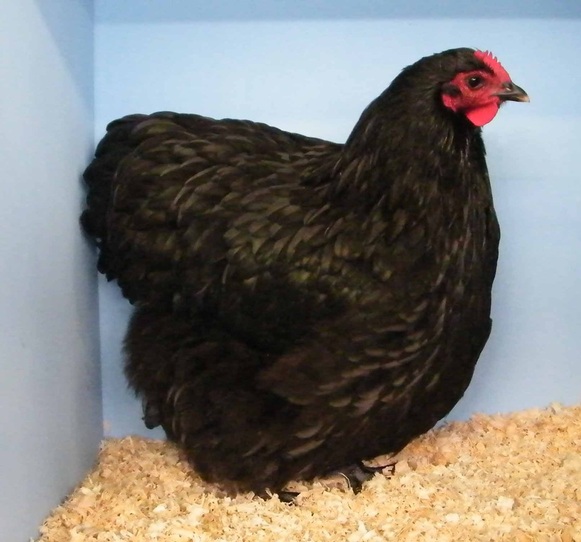 Same pullet as above.